We’re looking forward to a whole lot this holiday season, from elaborately decorated department store windows, to yummy holiday treats, to limited edition beauty goodies.  We’ve added one more thing to our list, courtesy of Kate Moss.  She’s giving us not one, but two gorgeous covers for the December issue of Vogue.

The first of the contributing fashion editor’s covers features a stunning fresh-faced Kate, while the other’s captures her glamorous side, with sexy, tousled hair, a smokey eye, and leopard print coat.  The many other faces of the chameleon-like supermodel are captured in the issue, “from Bardot-haired, Breton-wearing ingénue to sequin-adorned showgirl.”  Ms. Moss also gathers the many men who have influenced her life for a shoot with David Bailey, before giving readers a glimpse into the legendary London party house of Count and Countess von Bismarck, as well as her own home.  From her garden to her sure-to-be unbelievably breathtaking closet, the issue is sure to be nothing less than incredible. 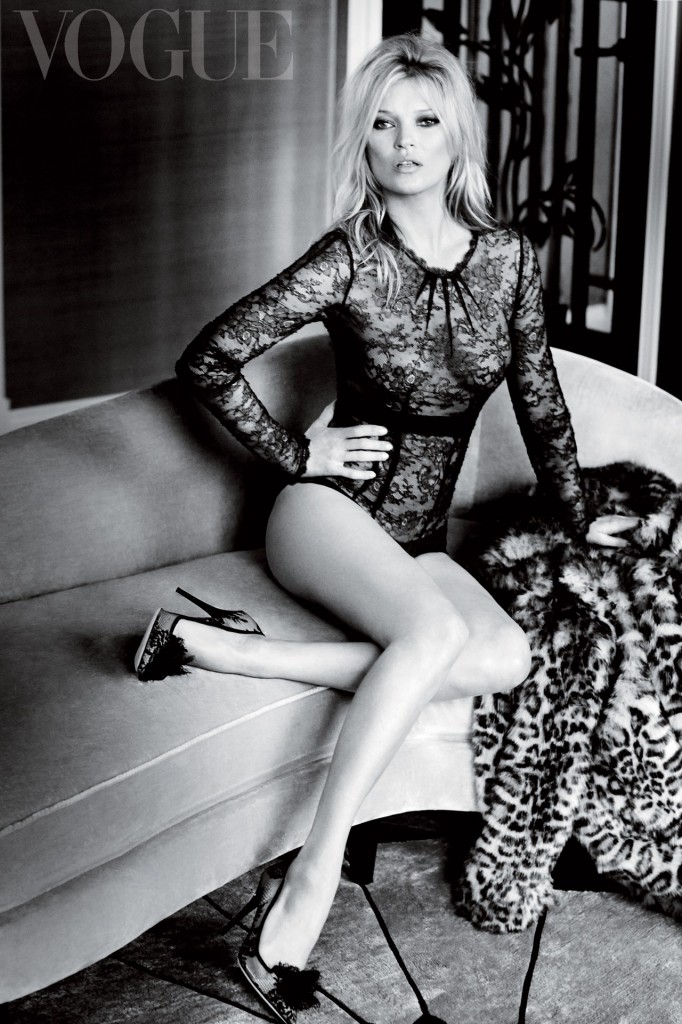 Kate channels Brigitte Bardot for the December issue of Vogue.